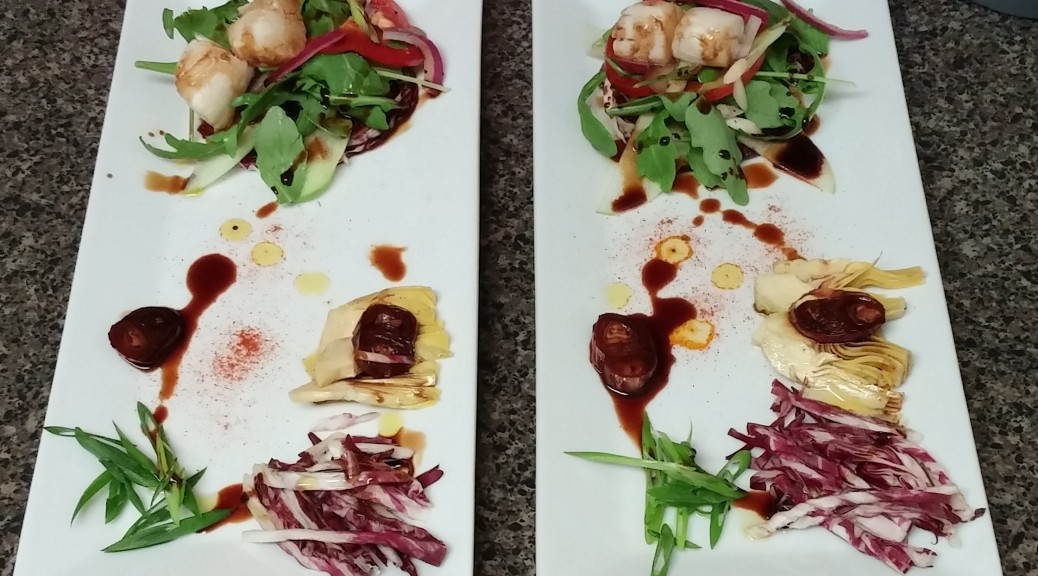 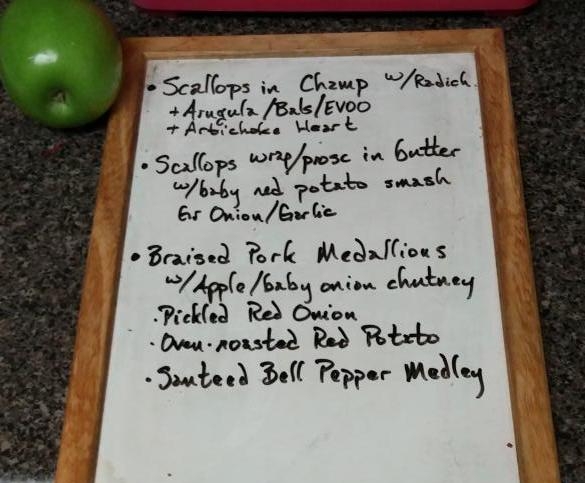 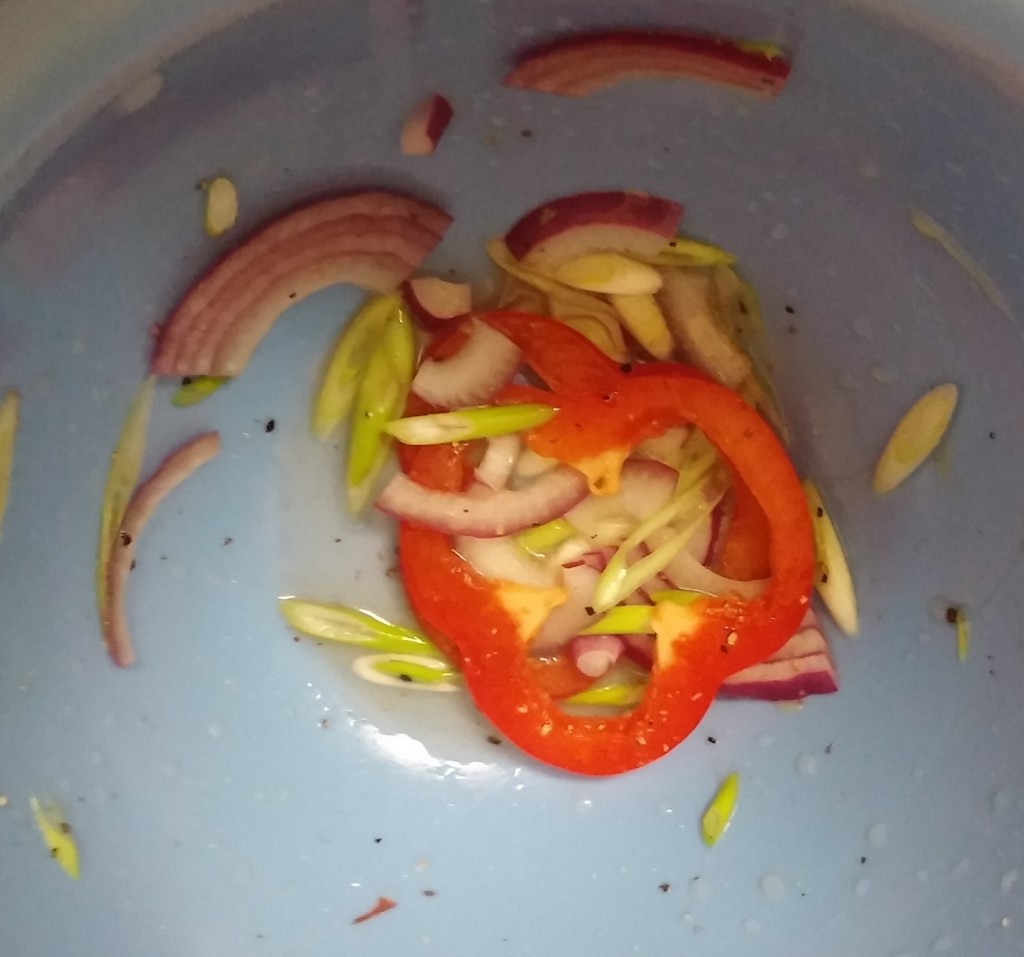 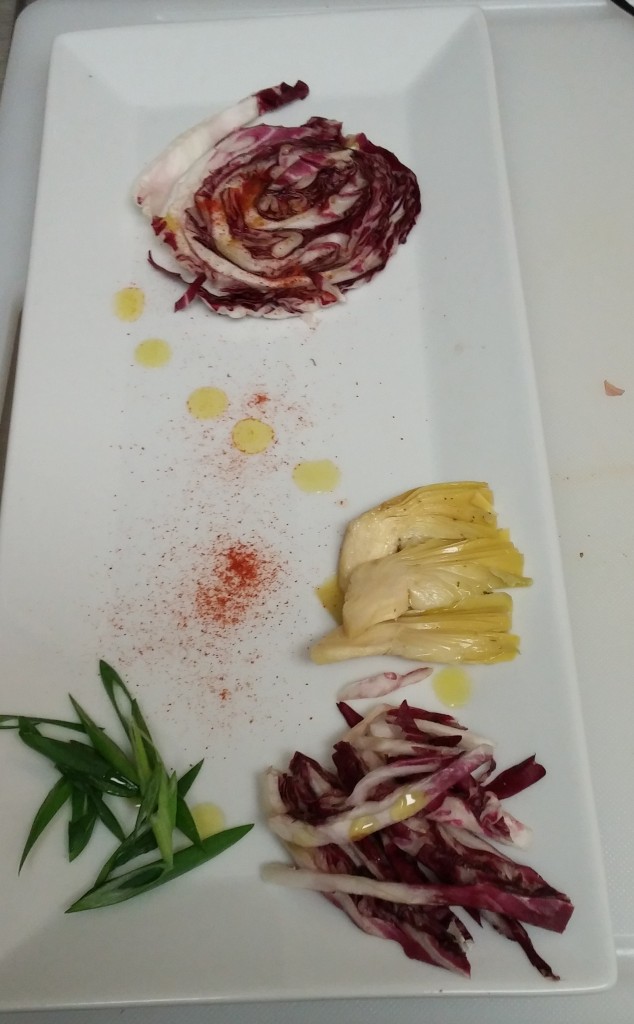 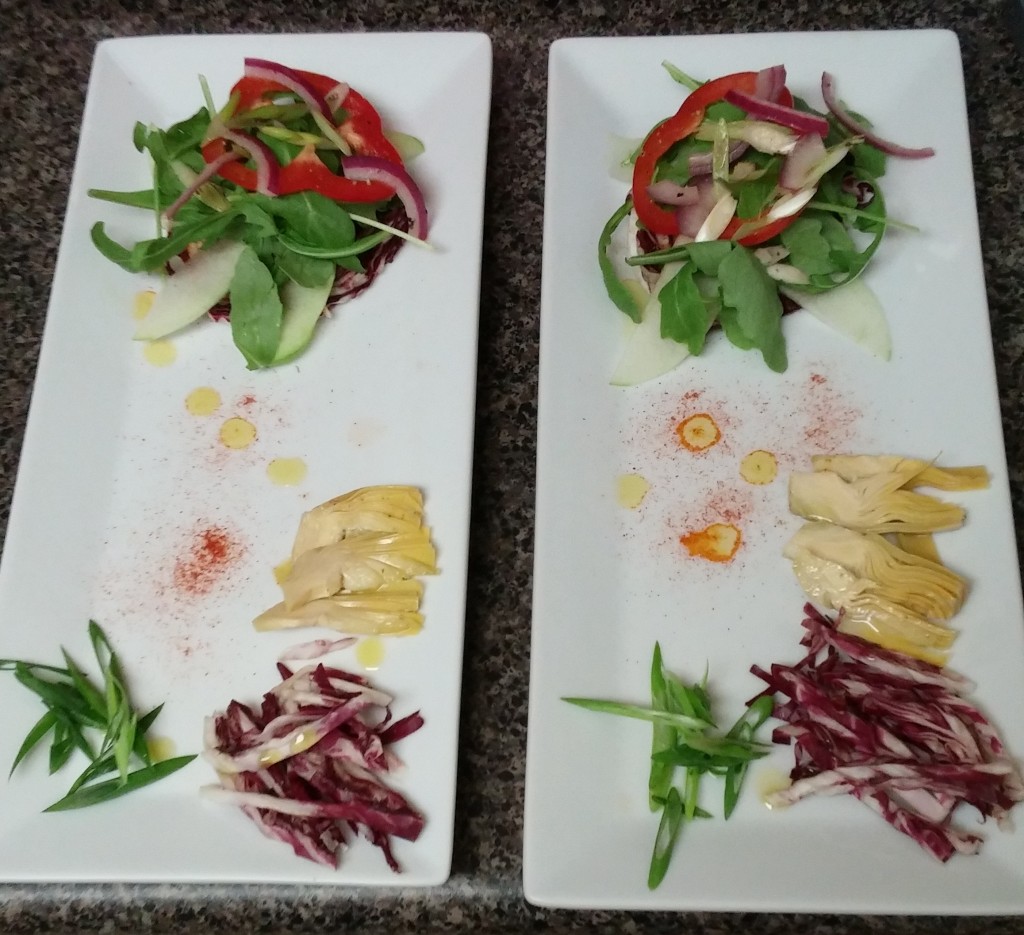 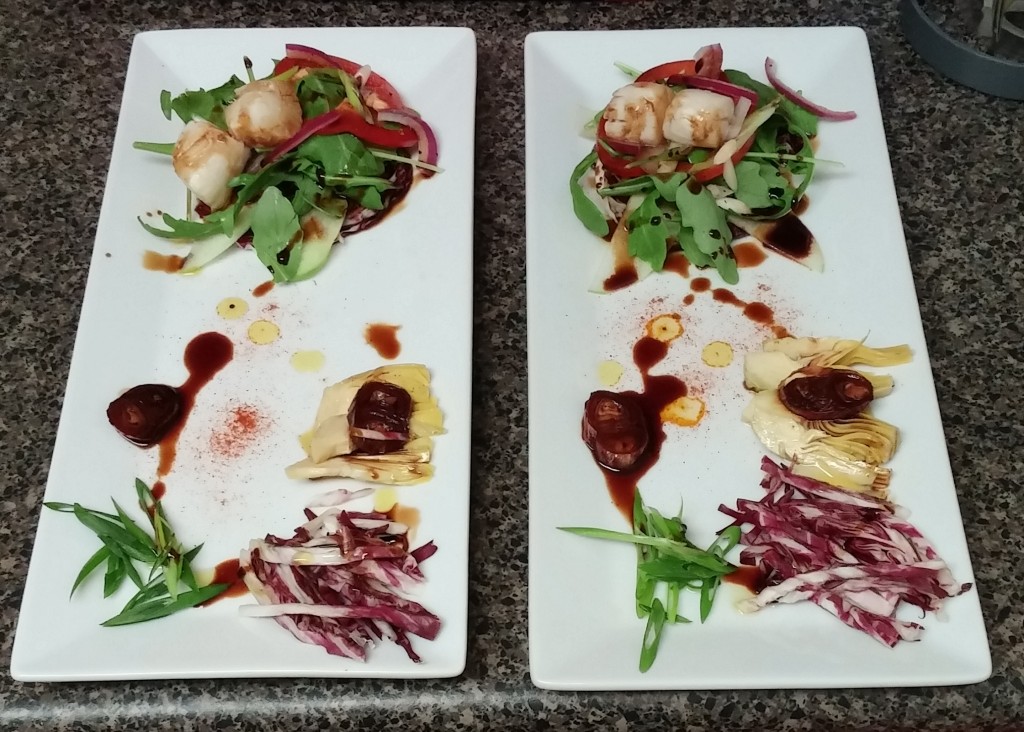 “And the reason they look the same is that their creators all pretty much think the same. A protein is pared down with the loving skill of a sushi master (and frequently with the knife of one, too); it is then prepared in some diabolically clever way, and put into the center of a plate. Some vegetable, prepared with equal virtuosity, is plated with like meticulousness, on the same plate. Finally, some third ingredient, and possibly a fourth, is added on top, with or without tweezers. These items were either cooked or cured or grown separately, and they are put on the plate separately, and when I eat them, I eat them separately, unless I manage to spear two or three of them on the same fork tine. Sure, one dish might have a fermented carrot, and other locally milled grits; otherwise they differ no more than Hef’s girlfriends.”

Here in rural New Hampshire we don’t have much of this kind of “composition”, and it certainly almost never appears in my own cooking, except maybe little tapas things (and I have never used a tweezers on food!), like these Southwestern Marinated Shrimp: 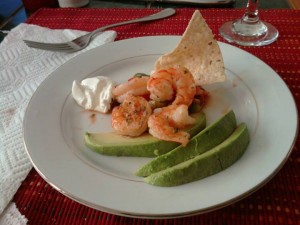 Is this what Ozersky is decrying? It may look like the type of dishes that he is describing, but it is intentionally constructed to be precisely the type of dish he prefers – everything to be eaten together – a whole greater than the sum of its parts.

No, nothing has been “transformed”, though the ‘salsa-fied’ vegetables under the shrimp might disagree, but I believe it is a good example of cookery, as the distinct parts of the dish are designed to be eaten together:

Further, I believe that this very blog will be an answering call to Ozersky’s cry for help, as it is dedicated to the proposition that people can and should be cooking high-quality food at home.